In Heinlein's 1963 swing at the sword-and-sorcery genre, Glory Road, we meet a number of interesting characters: Oscar Gordon the hero, the Empress Star, the rascally Rufo... and Oscar's sword, a curved saber chased with the motto "Dum Vivimus, Vivamus"—or "While We Live, Let Us Live!"

The "Lady Vivamus" becomes almost as close a companion to Oscar as Star, and rightfully a well-remembered 'character' in its own right. When the Heinlein Trust gives away the Heinlein Prize, it is of two parts: a lot of money, and a fine replica of Lady Vivamus, motto and all.

It is not widely known that Lady Viv's father... was a clock.

Robert and Virginia Heinlein lived in Colorado Springs, Colorado from about 1950 to 1966, and were in fact married just across the New Mexico state border in 1948, so they were probably there earlier as well. Heinlein built a custom-designed house (detailed on another archve page, here.)

There were always rumors among fandom that Heinlein had gotten his famous motto from "a department store clock." But if anyone ever ran this rumor down, I did not come across their work.

In 2000, I spent too much time trying to prove the claim, but in those early internet, pre-Google days, information could remain stubbornly hard to find. I gave up.

When I updated the Reader's Companion ths year, several things had changed... but not the difficulty of locating this supposed clock. Extended searches turned up one (1) photo, with later a second coming to light, but not one word about such a clock being in Colorado Springs, ca. 1960 or now or any other time. Nor had anyone in the Heinlein continuum written (or at least posted) any information. 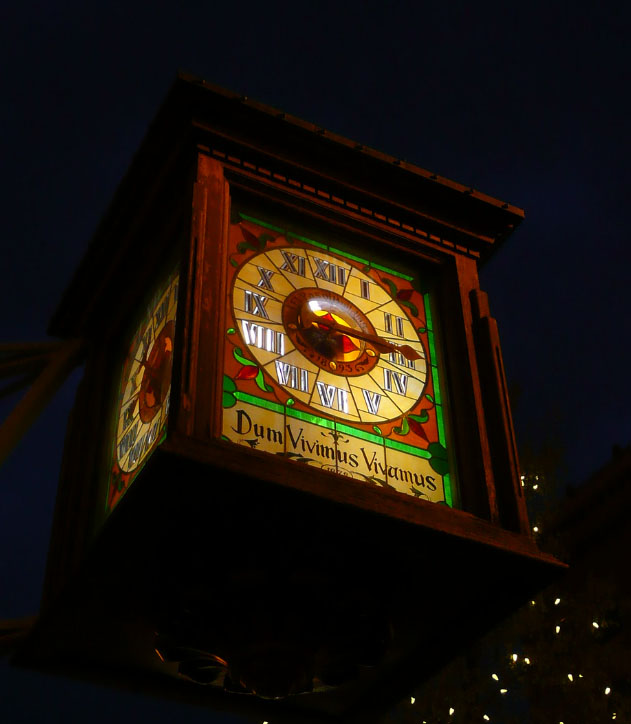 ...I set out asking questions. First, a Colorado Springs historical society focused on architectural preservation. Then a friend who had lived down there for many years. And finally, in a stroke of genius, a local clock shop that had been in operation there for 45 years. (It turned out they had serviced it over the years, which was my spark of inspiration.)

Here's what I got from the triad, at least so far:

So in the end, all I have assembled is that the clock exists, it does carry the motto, it's been somewhere in downtown Colorado Springs for a long time, it may have been out front of a men's store at which Heinlein likely shopped... and while there are many details to run down (updates here as I get them)... yes, this is almost certainly the progenitor of Lady Vivamus. 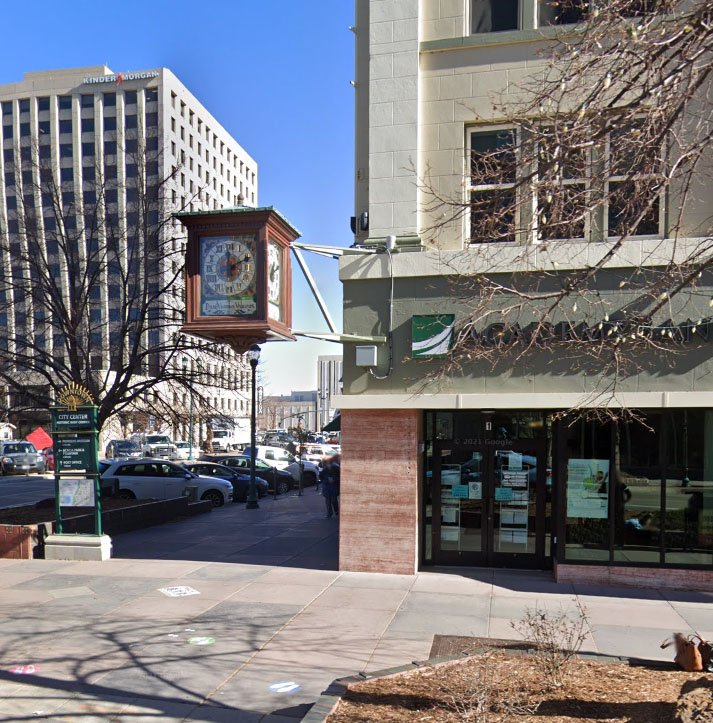 It really does seem to be a very fine clock and mounted very... haphazardly, so the likelihood of it having been moved or remounted here is high. Details as I manage to pry them out of the close-mouthed residents of the city and its institutions...